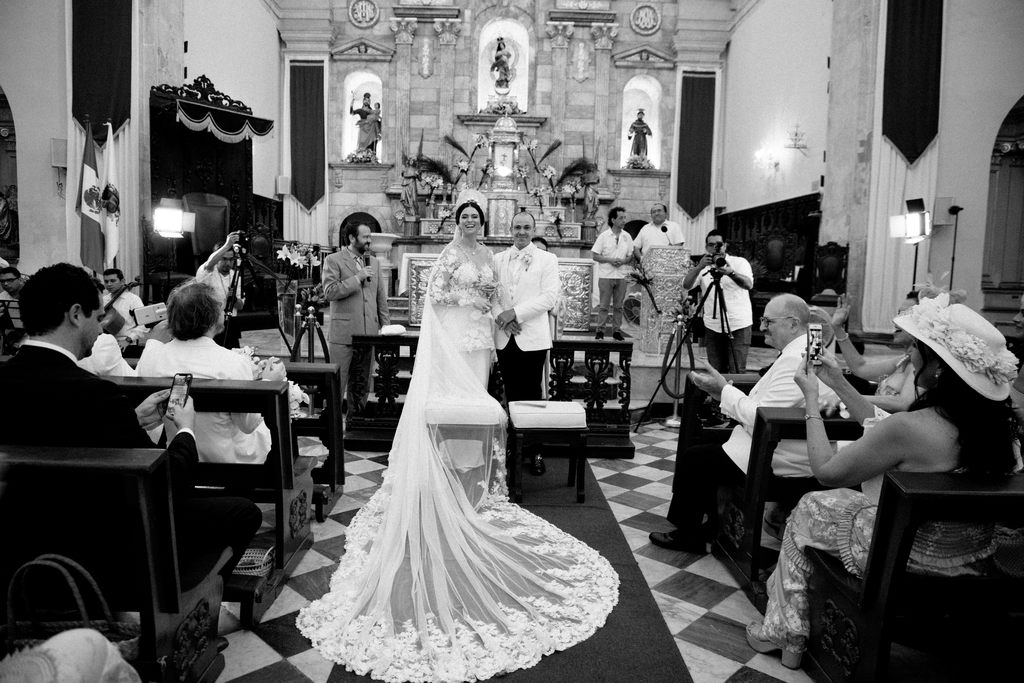 Inspired by Baz Lhurman’s Romeo & Juliet and Gabriel García Marquez’s “magical realism”, this couple was all about mixing Latin-American heritage into their wedding in decadently glorious Yucatán.

Andrea Pagliai Londoño and Maximilian Hoch are both creative writers with a shared passion for cultural exploration and a celebration of their heritage. They got married in February 2020 in Campeche, Yucatán, a region known for its magnificent, decadent haciendas, all of which resulted from the region’s thriving and later demising agricultural production of fibers during the late 50’s.

The couple had a 4-day celebration with 125 guests that enjoyed an immersive cultural experience. From cocktails overlooking pyramids to an intimate ceremony in what is said to be the first ever Catholic Church in Mexico, Pagliai and Hoch transported themselves -and their friends and family- to a distant time of nostalgic romance.

“Invitations were hand-made and were sent out in small cuban cigar packages that I transformed into musical boxes playing our song, the famous “Cucurrucucú Paloma” by Mexican singer Lola Beltrán. This son has always described our love – we’re both two birds constantly flirting in love”

The bride wore the Alina custom dress by Francesca Miranda for the big day.

Browse this beautiful wedding below.